Katie Buckley is a classical harpist who hails from Atlanta in the United States but who has found a home in Iceland and a life with Iceland Symphony Orchestra. She began studying harp when she was 8 with Susan Bennett Brady, and started with an Irish harp, then classical harp and continued her studies in San Francisco with opera harpist Ann Adams.

In 2006 she became principal harpist with the Iceland Symphony Orchestra and she is a founding member of the ensemble Duo Harpverk. Duo Harpverk is a harp and percussion duo with percussionist Frank Aarnink. The Duo has released two CDs, The Greenhouse Sessions and Offshoots, and performs around Iceland and has embarked on several international tours.

For the Mother’s Blood Sister Songs series Linda Buckley (we’ve not found their genetic link yet!) and producer Helen Shaw sat down with Katie in Iceland’s beautiful concert hall Harpa to talk music, Iceland and the phenomenal influence of Björk. 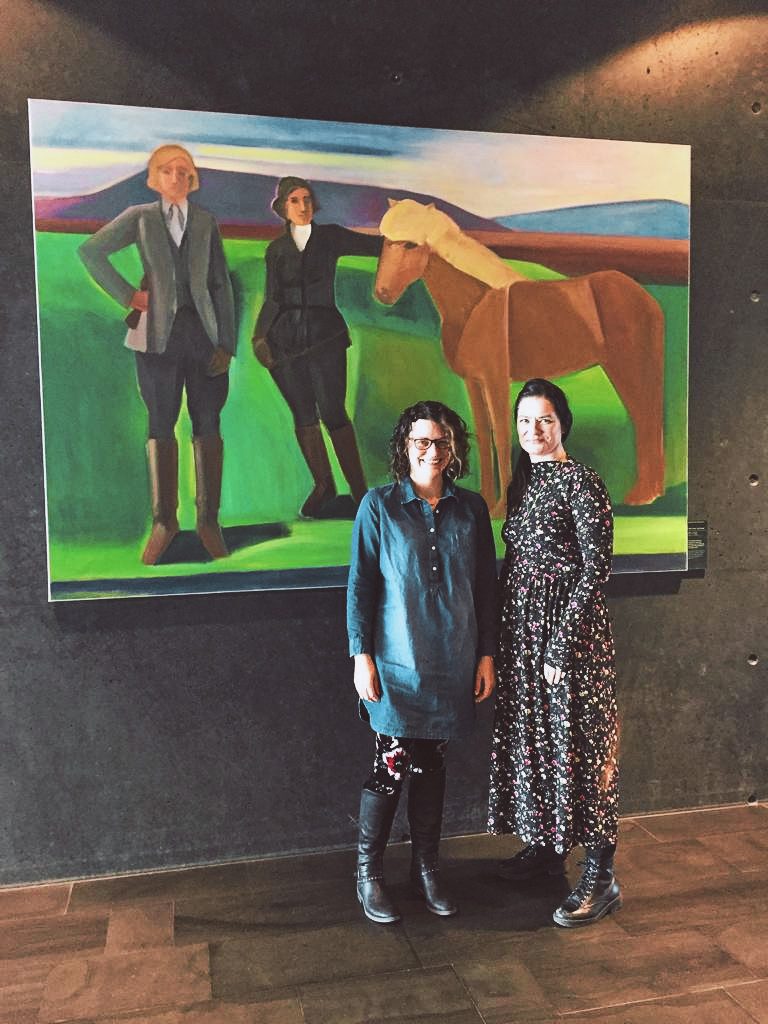 Photo details: painting Two women and a horse by Louisa Matthíasdóttir in the foyer of Harpå Concert Hall © Athena Media 2019